Caliente!
​
A sizzling fusion of classical, jazz and folk music.

CONCERT REVIEW
"Caliente gave a balanced and varied programme which was just perfect for a recital."
British Flute Society

Caliente offer a balanced and varied full evening concert programme, continually developing an eclectic repertoire for the unusual combination of flute, saxophone and harp. Utilising many years of performing experience, Caliente draws the audience into an exquisite world of colour and character and will add a touch of spice to any concert series.

Caliente offer a wide range of workshops. They have developed a flute and saxophone workshop day, which can run in conjunction with an evening recital. Andy and Clare are both experienced educators (tutors at RNCM and RAM) and these workshops are sponsored by Jonathan Myall and Just Flutes. Andy can also present improvisation and compositional workshops if required, and he is exclusively published by Astute Music.
CONCERT REVIEW
".....a magical rendition of Ibert's Deux Interludes"
British Flute Society

Caliente can offer either one hour or full evening concert programmes tailored to specific themes, for example British and American composers, living composers or compositions by Andy Scott. 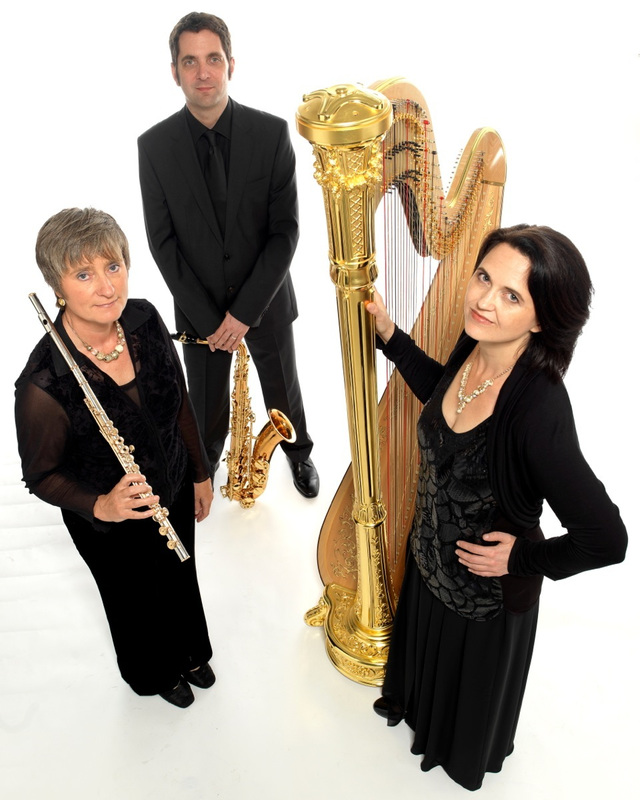 CONCERT REVIEW
"The evocative first movement (of Andy Scott's Flute & Harp Sonata) was played with a beautiful sense of line and ensemble; followed by an emotional and captivating slow movement before building into a frenzy of rustic Eastern European excitement in the finale."
British Flute Society

WORKSHOP REVIEW
"Inviting Caliente! to work and perform with our young musicians exceeded all our expectations! Caliente's imaginative approach to repertoire and performance really inspired the woodwind students to play with commitment and passion. Their level of coaching and attention to detail in preparing and arranging music specially for our students was outstanding. This 'tailor-made' package ensured everyone involved in the workshops was challenged and inspired in equal measure and staff and students are still buzzing from the event. Thank you!"
​Berkshire Maestros

REVIEW OF SCHOOL WORKSHOP
"I thought the trio were really excellent yesterday. They engaged well with the pupils with opportunities to interact and the wider range of repertoire used demonstrated the instruments nicely. It was, in many ways, a masterclass of how to deliver a school ‘live music’ assembly which was structured, well-paced and above all interesting!"
Lincolnshire Music Service

CALIENTE CONCERT REVIEW
​"Clare played beautifully with a vibrant tone, sensitive intonation, impressive control in all dynamics, and used a wide variety of colours in a musical and intelligent way…. a most enjoyable recital."
British Flute Society 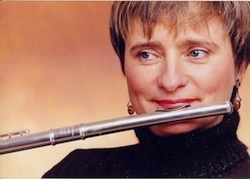 One of only a few flutists to have launched a successful career as a solo performer and teacher, Clare is in great demand to present concerts, masterclasses and workshops around the world. Her flute has taken her to Europe, America, and Asia and she has performed as guest soloist for the American, German and British Flute Societies. She is renowned for her innovative programming, embracing a wide repertoire, combining both traditional and non-traditional genres and for her ability to combine performance with tuition at the highest level. She has recorded four acclaimed CDs, Sonatas and Classic Touch with her accompanist Tim Carey, Miyazawa Plays Caliendo, and The Bad Tempered Flute featuring the music of Andy Scott.
Clare is recognised as one of the country’s leading flute teachers and was Professor of Flute at the RNCM. for 17 years, a position that was offered to her only three years after Graduating. She has been Professor of Flute at the Royal Academy of Music since 2001. Clare has always had a great deal of contact with young musicians, teaching for many years at RNCM Junior School, Chetham’s School of Music and The Purcell School. She has been the director of the Just Flutes International Flute Summer School for 20 years which has become one of the most successful summer schools of the last decade. Other work includes being a ‘mentor’ for the ABRSM Professional Development Course for teachers and Clare has also written course work for the MTTP teacher development course at Reading University.
Clare has recently launched a series of audio and visual podcasts called Flutefiles, covering many aspects of flute technique and performance skills. Her books Flute Aerobics, Light Aerobics, Sequentials and The Expression of Colour have become best sellers. Clare is a Miyazawa International Artist and flute editor of Astute Music. 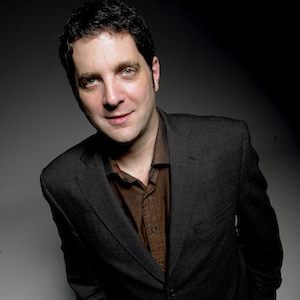 Saxophonist, Composer and Educator Andy Scott is respected as a creative contemporary musician with a proactive approach to initiating projects, ensembles and collaborations. With a lifelong passion for music and equally committed to the three complementary artistic strands of composition, performance and education, Andy is happy to be making music, whether performing on an international stage, writing a commissioned work to be premiered at a world class venue or teaching the musicians of the future. His distinctive compositional voice speaks with a unique and effective mix of jazz, world music and contemporary classical elements.
Andy Scott received a British Composer Award in 2006 for his double saxophone concerto Dark Rain. Crossing Waves for solo harp was premiered at Carnegie Hall NYC in 2010. Andy is composer in residence with Foden’s Band. The Bad Tempered Flute, a new CD featuring Andy’s compositions, was released in 2011 on Nimbus Alliance. All his works are published exclusively by Astute Music. Andy Scott is the Tenor Saxophonist of the Apollo Saxophone Quartet. He has been proactive in raising the profile of the tenor saxophone as a contemporary classical instrument over the last 20 years, and was director of the Tenor Saxophone strand in the World Saxophone Congress 2012, where his new Concerto for Tenor Saxophone and Chamber Orchestra was premiered by Branford Marsalis.